Do your children love playing video games? Do you usually find yourself telling them something like “enough! find something else to do now”? You’re not alone.

Video games have become very popular and it has been so for quite a while now. In fact, it is among the largest industries in the United States and enjoys extensive coverage by the media.

The majority of children in the US engage in playing games in both consoles and handheld systems. A nationally representative study of US teenagers indicates that 94 percent of girls and 99 percent of boys play video games.

For many children, video games are a social activity, and not an isolating one, and they believe that engaging in games is an excellent way to spend time with their friends online and also a way of making new friends.

While most children don’t see anything wrong with playing video games, and love them because they are exciting, fun and challenging, many parents are concerned about the effects of video games on health as well as social life.

If asked, many parents would prefer that their children engage in other activities because they think that video games can encourage procrastination and violence, which in turn could impact their level of commitment in school or develop an addiction.

Many media reports also link antisocial behaviors to video games. This is why most parents are more focused on the potential negative effects of video games instead of their benefits.

Media reports are quick to condemn video games without doing a proper investigation, making many parents forget that video games are a normal part of present-day childhood. Due to these media reports, some parents start to believe that their kids should not engage in games at all, which can cause conflict with their children.

But are Video Games Really That Bad

While a lot of focus has been given on the negative effects of video games on children, some psychologists suggest that games have a lot of benefits too. This is especially because the nature of video games has changed dramatically in the last couple of years, becoming increasingly diverse, realistic, complex and social in nature.

In order to have a better understanding of the effects of video games on your kids, we shall look at the benefits and the risks of playing video games.

Being able to switch between two or more tasks easily and effectively is an important skill not just for kids, but for adults too.

It has been suggested that kids who play video games are able to apprehend and track a lot of shifting variables and manage multiple tasks.

Some researches show that kids who engaged in video games performed much better compared to other kids on a type of multiple-object tracking task. Kids can acquire this multitasking ability when playing strategy games as they need to be more careful when going through various unexpected obstacles, which forces them to change tactics and be more flexible.

Usually, games include puzzles and other challenging situations that players need to solve so they can get to the next level.

Games such as Machinarium, The Incredible Machine, Cut the Rope, etc. can be a great way for your kids to work out their minds as they’d be required to use their logic and creativity to achieve a goal.

In fact, some researchers suggest that video games can be a great way to develop quick decision-making skills for kids. 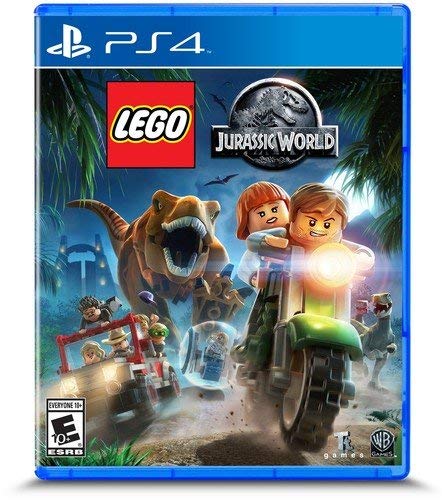 Parents see this as another type of media, besides movies, TV shows, comics, etc. where kids can experience violence daily and become desensitized towards it.

Studies conducted so far have shown that children can become aggressive after playing violent video games. These kids have shown signs of prosocial behavior and lack of empathy.

Other studies have shown that video games have only short term effects on aggression and in some cases brings the opposite effect – they make kids less aggressive in the long run.

In short, there is no clear evidence linking video games to aggression or prosocial behavior.

Video games can undoubtedly be highly addictive. They can cause behavioral dependency, which can affect your kid’s everyday life.

In June 2018, the World Health Organization (WHO) recognized recurrent gaming behavior as a disorder.

Your child should be assigned diagnosis if they have shown social, occupational, educational, personal, or family impairment over a period of the last 12 months.

How Long Can a Woman Wait to Have a Baby?

Nighttime Feedings: How to Be Prepared

Who Are The Best Writers: Women Or Men? How To Prove Your Talent?

Hello my name is Rosie. I am a 36-year-old SAHM to an energetic little boy called Andrew. We love reading, Toddler Sense, the library and trips to the park. To get in touch you can email us rosie.babyvenue@gmail.com

Hello my name is Rosie. I am a 36-year-old SAHM to an energetic little boy called Andrew. We love reading, Toddler Sense, the library and trips to the park. To get in touch you can email us rosie.babyvenue@gmail.com